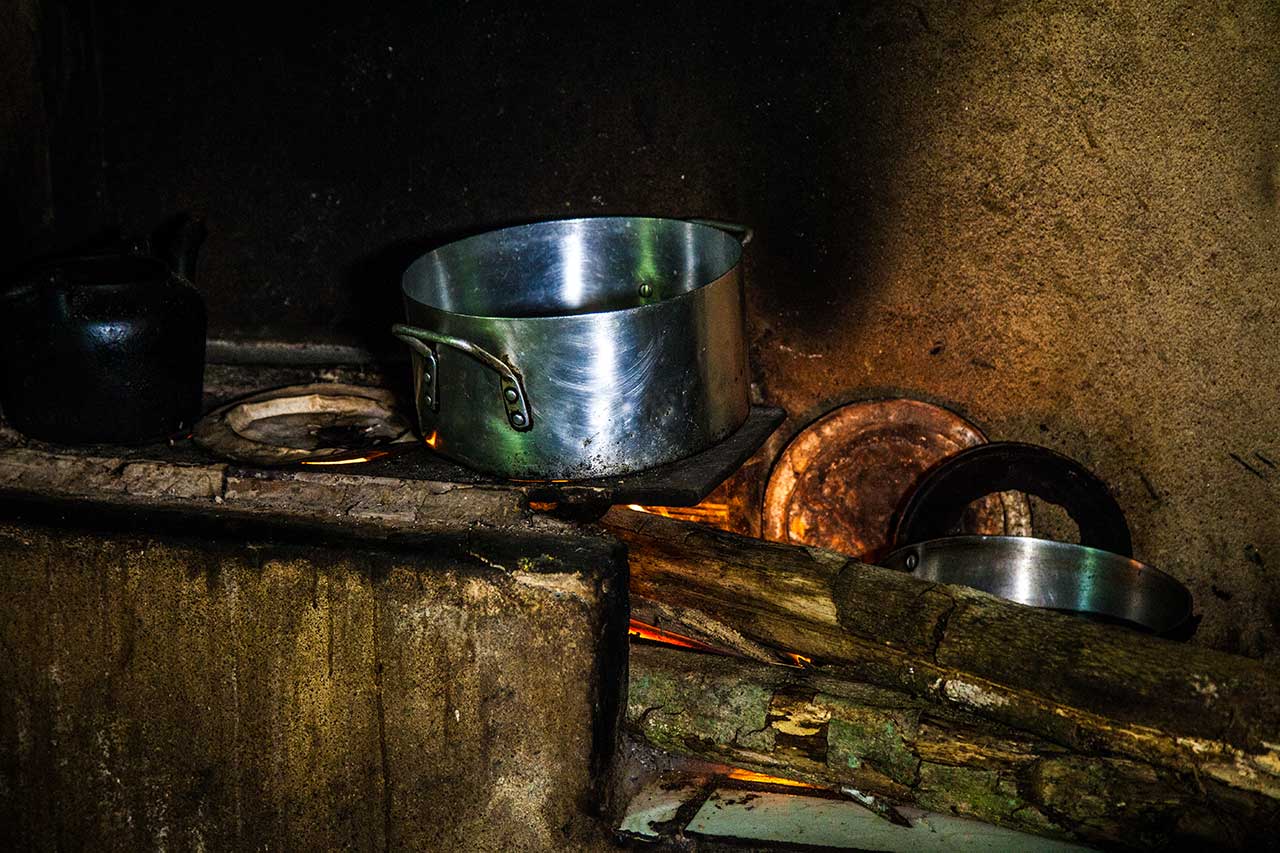 Mrs. Olga grew up in the community of Santana, located in the district of Ribeirão de São Joaquim, in Quatis. The beautiful place, located between Serra do Mar and Serra da Mantiqueira, served in the nineteenth century, as a passageway for the drovers to go to the Captaincy of Minas Gerais, which favored the development of the locality, and trade and the construction of numerous farms.

The historical trajectory of the community is related to migration processes occurring at the place after the time of the abolition of slavery. At that time, the families of freedmen came to the lands of Retiro Farm, later renamed Santana, in honor of the patron saint of the farm. In 1998, The community was recognized as a remaining Quilombo, and currently, cuisine and alternative medicine are cultural elements that have been transmitted and reworked by the residents.

In this regard, Mrs. Olga is a living archive. At the age of 61, although she cannot perform the physical effort that requires agricultural work, describes this experience with delightful enthusiasm: "I really like to harvest beans and rice, because you separate them and then work the hoe. Now, corn is also very good. [...] When there is a big heap you see galore . That is what I like. " she adds: "I want to plant, I want to reap. We have some cows there, but they have no place to eat. [The land] does not need to be big, a couple of alqueire is okay, to plant corn, to plant cassava, to plant beans, rice.”

Mrs. Olga was six years old when she learned how to cook. From her grandparents and mother, she inherited recipes, utensils and how it relates to the land. Integrating organically, the kitchen and the territory, savoring every memory about how her mother cooked: "[...] the cabbage she liked to eat, she used to cut the cabbage thinly, and put in a small saucepan she had [. ..].”

In the kitchen, there are many family relics: the iron pot that existed before Mrs. Olga born; the mug that she had received from her mother as a wedding gift; and the wooden support that she used to filter coffee. Proudly, she says: "[...] we planted a lot, it was rice, beans, corn, potatoes, peanuts, watermelon, cucumber. It was everything you can imagine.”

Sugar was the only item in the pantry that it was bought; therefore Mrs. Olga says: "This food was our wealth. It has no pesticides, nothing. It is made with water and drizzle. "But wealth also derives from making since squash and cabbage, found in the Quilombo Santana, for example, are largely used in recipes, creative and sophisticated way. Considering that creativity and alchemy go side by side, everything is useful: the stem, leaf, flower and bark.

About the bark peel squash, Mrs. Olga mentions: "That's good! It is vitamin. Something that you eat. It is sustainable. Previously, he had not much wheat flour, cornmeal was over. The cornmeal cake is much better [...]. You get the squash very well peeled. Wash the bark very well and chop the pieces, and put in a blender. [...]”

The flower and the bud from the pumpkin are used in the omelet, masterfully by Mrs. Olga: "Grab a pumpkin flower and beats well with the egg. Then you chop well, because it has a little thing inside. Chop the bud, finely chopped, put in the egg, and a little flour. [...]Hum , try it[...]”