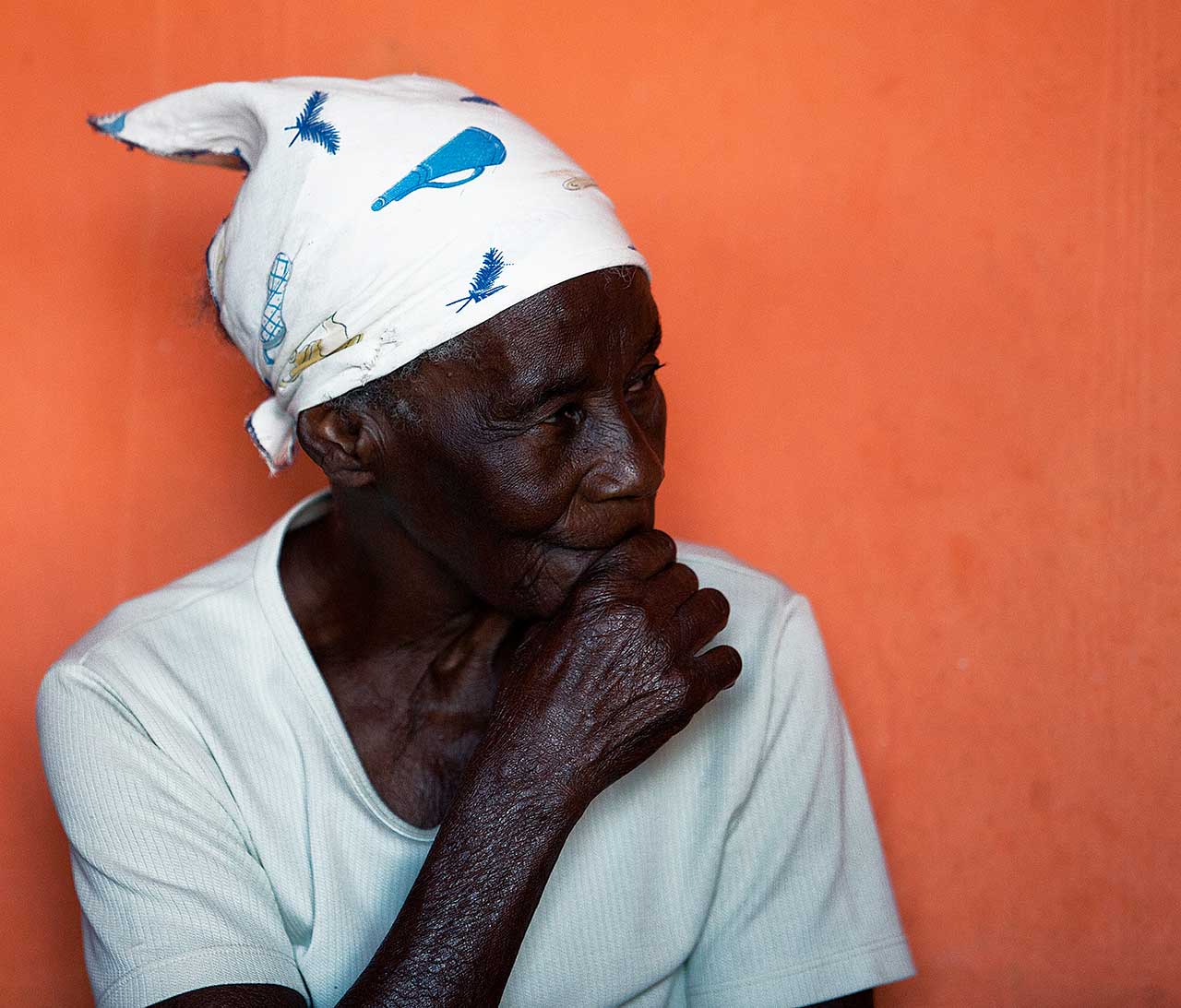 Land is synonymous of freedom in Quilombo of Preto Forro, located at Angelim neighborhood in a rural area of Cabo Frio. According to reports from residents, during the slavery period, inhabited by free blacks . This fact contrasted with the reality of two nearby farms, where workers were enslaved.

The residents of this community are descendants of Ludgério dos Santos, ex-slave, born in 1871. Patriarch, inherited, besides the enjoyment of the land, the custom of sharing the space collectively. On November 17, 2012, after numerous conflicts with squatters, the residents of Preto Forro achieved the definitive title to the lands they inhabit, which opened another chapter in the struggle for freedom of the group.

Andressa (19), Elaine (38) and Mrs Leonidia (76) represent the countless generations of Forro Preto, whose trajectory now passes 300 years in the same territory. Throughout this time, the food and the good memories come from the land. In this regard, Mrs Leonidia, one of the responsible for the passing of knowledge, explains: "From the land we get only what we plant, if we do not plant we do not get, right? Then we had everything planted: potatoes, cassava. We ate what we planted and also sold [...]. But even we all that, I married all my daughter. Two daughters with money from the fields. Then, the father picked up the money and took the money. Then, they went to Macaé to buy the wedding dress [...].”

Currently, near the houses, the families have their respective fields where they plant pumpkin, lemon, banana, passion fruit, but mainly cassava, potato and orange. Unlikely what happened in the past, the production is intended, just to survive. Therefore, Andressa, president of the Association, aims to "redeem the land for planting." In this sense, the young guardian wants habits such as those experienced by Mrs Leonidia, to not get lost.

Among these customs, there is the traditional chicken recipe with okra that remains on the menu of the community today. Narrated by Mrs Leonidia, we realize that there is a special way of cooking this meal: "Sealed first, dripping a little of water, let it be yellow in the pan. Every hour was stirring, dripping. The pork was also the same. If it was to dunk was one thing, now if it were to fry it later, it was something else. Had to drop all life a little of water [...].”