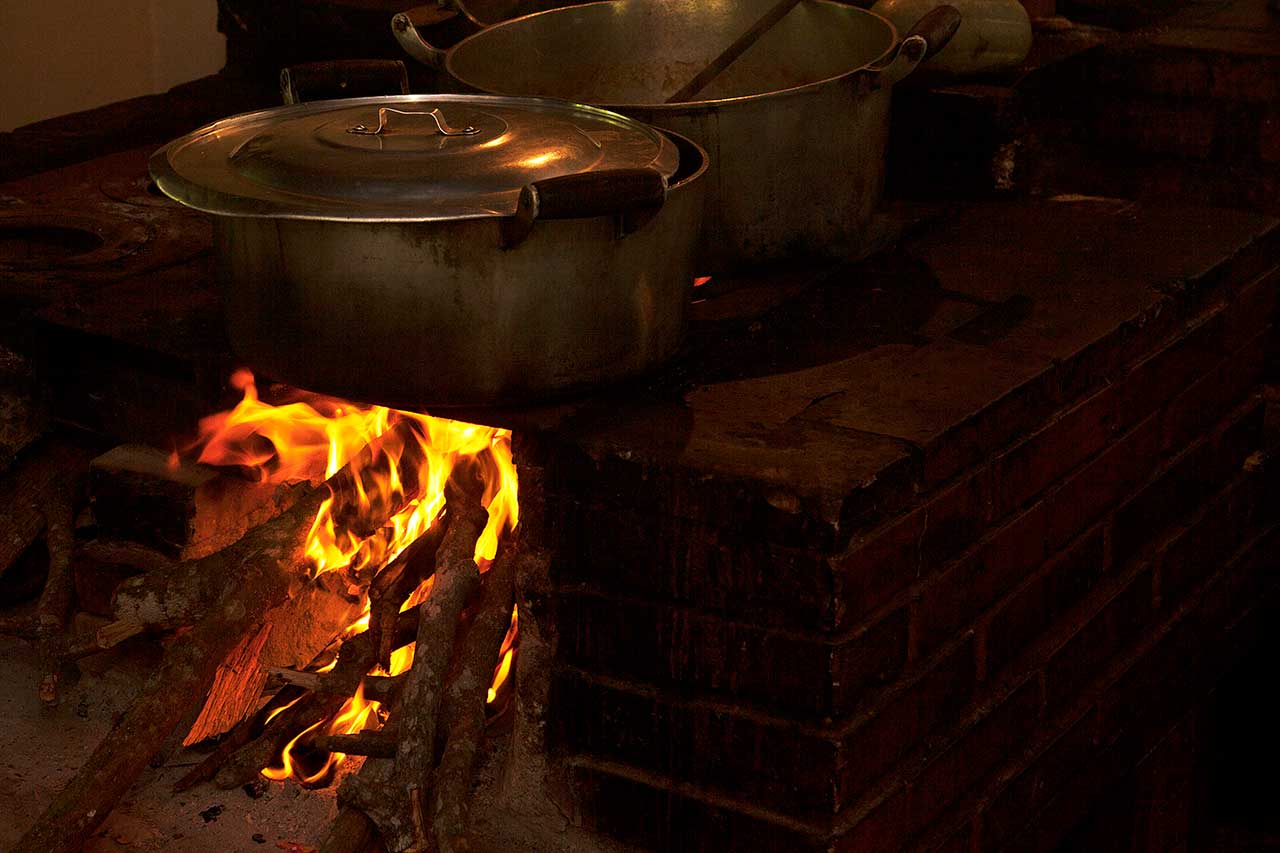 Quilombo Campinho da Independência is a must stop for those visiting Paraty, Costa Verde region, southern coast of the State of Rio de Janeiro. In the tour itinerary, plus a guided tour through the territory of Quilombo, blending ecology and history, visitors have the opportunity to experience, in the community restaurant, a cuisine characterized by subtlety, by intuition and by diligence in preparing meals.Not coincidentally, opened in 2007, this space accumulates four awards: Eating and Drinking Guide (2008); Fork Gold Guide (2013); Sustainable Food (2013); Guia Quatro Rodas (2013). Moreover, tourists, to savor the specialties of the menu, they are faced with a typical cuisine, related to traditional practices and sustainably produced, and generating income for families and Maroons caiçaras from the region.

The narrative about the ownership of the land by the group related to the history of donation of Campinho's Farm by three former masters former slaves of the big house: Grandma Antonica, Aunt Maria Aunt Marcelina and Aunt Luiza. Thus, in Campinho, the entire inheritance is matrilineal lineage, ie, related to maternal line.

Vagner, President of the Association of Residents of Campinho (AMOC), relates the recipe to future community projects: "But I think one of the purposes of the restaurant is gradually being rescued, bringing these recipes, both to our tables, which is to restore the history and ways of life that link with the territory and all that we are talking about. It has a lot of these recipes linked to the use of the land.”The navy blue, fiercely competitive dish on the menu, also raises other souvenirs, according to the clarifications of Cirlene, one of the cooks: "Navy blue is a fish that is very useful. Before it was used a lot, because there was no tomatoes and peppers, right? So, so they used to go to the river and get the fish, right?”

Now, the stew à la maroon current invention created especially for the restaurant, is a prototypical example of dialogues between tradition and the contemporary challenges of sustainability. One can mention the peach-palm, which is currently used in the stew recipe, whereas in the past, the juçara palm was consumed. So common delicacies that appear in jongo Songbook.

Regarding the necessity of replacing the juçara palm for peach-palm Vagner explains: "We are reforesting, producing juçara to have spares of juçara, instead of cutting the palm tree to get the palm. And juçara is an endangered species. [...] And the cuisine, it also has that role, both to discuss the territorial issue and as such the traditional seeds and wealth. That goes for corn, taro and goes by many other species or products that we used a lot [...]. We need to rescue our cuisine.