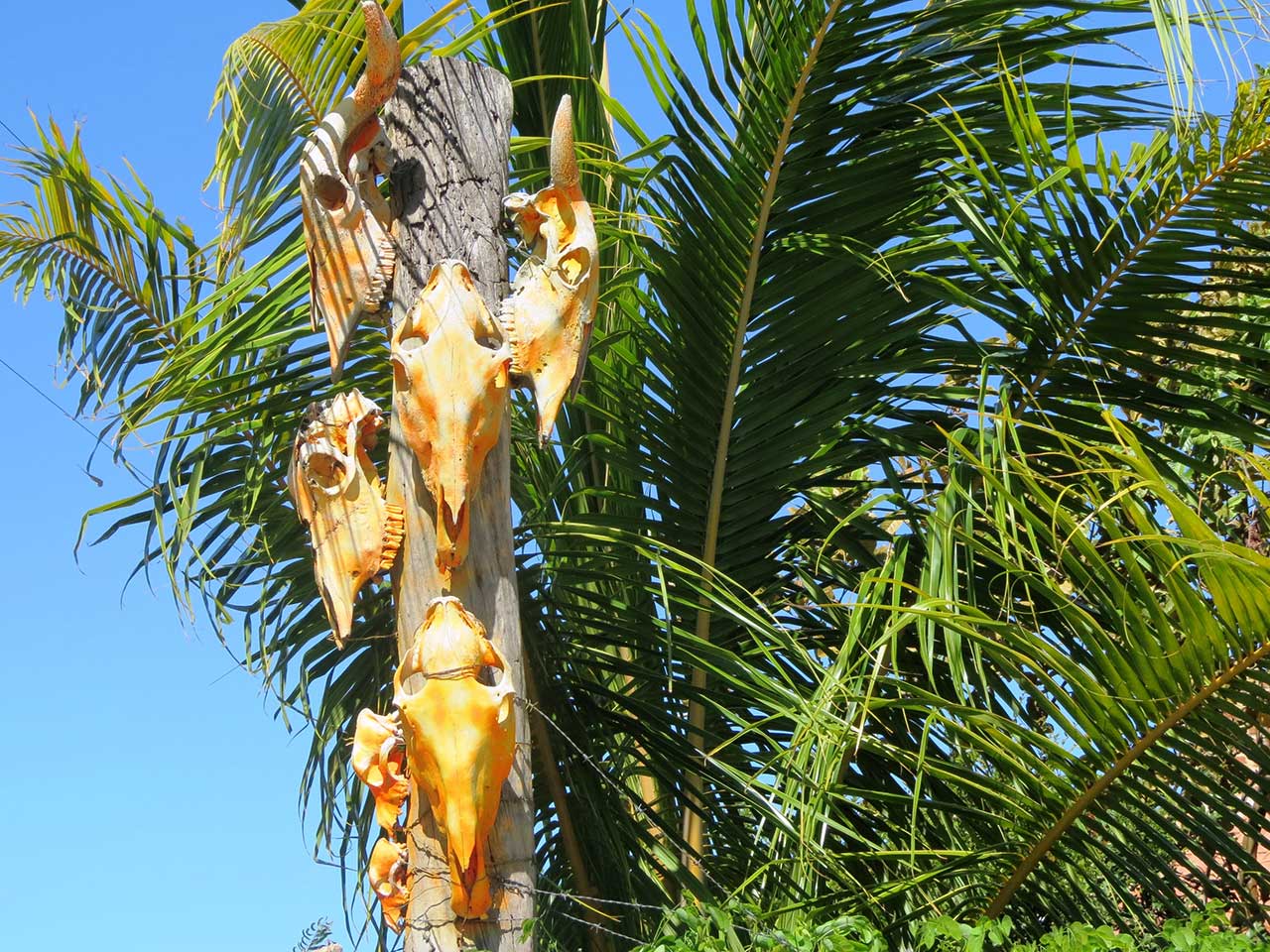 Mrs Dalmeci Honorato, 48, known as Dalma, cooks since the age of 11. She lives in the Cambucá farmland, home to nearly 160 people. With the wisdom of those who learned to read life through observation, she and her husband, Mr Paulo, opened the doors of the house to show some culinary practices they have learned.

Mrs Dalma's talent in the kitchen became a differential even in their profession. Today, though, she no longer works outside home, Dalma recalls the moment her skill stood out: "Even in Rio de Janeiro, my boss did not eat her own food inside her house. But her sister cooked, after I started cooking is that she went to eat at home, dinner, lunch, she, the husband and son ... and they loved, thanks God, my food.”

As the corn, the papaya, available in yard, appears in the recipes, as Mrs Dalmeci explains: "It is much easier, right? Because papaya, we already reaps it, right? We have papaya planted; from it, we take that fruit and make recipes. Even stew papaya we do, we do the sweet with ripe papaya too.”

Moreover, she confirms the need to cultivate the land in order to maintain the culinary practices: "At the moment I'm finishing up cleaning there to make a new planting, because it ends the and we have start a new planting right after. We do not always have people encouraging us ... That right there is one thing that we always have in the kitchen [...].”

In this sense, Mr Paulo Honorato, 53, reaffirms the importance of staying within communities, culture flour, banana and coconut, since, a lot of what we eat comes from the ground. As an example, we highlight the canton of banana, manioc flower, the tapioca and the starch. Consequently, as the leadership Quilombo, one of his desires is also returning to the use of medicinal herbs: fennel, lemon balm, mint, among others.

With the ability to make better what she touches with her look, Mrs Dalma prepared the recipes of hominy with stew meat and grated papaya with dried meat, offering coconut candy as dessert. Indeed, she says, "everything that is done with affection people will always like." Who tries her recipes totally agrees!