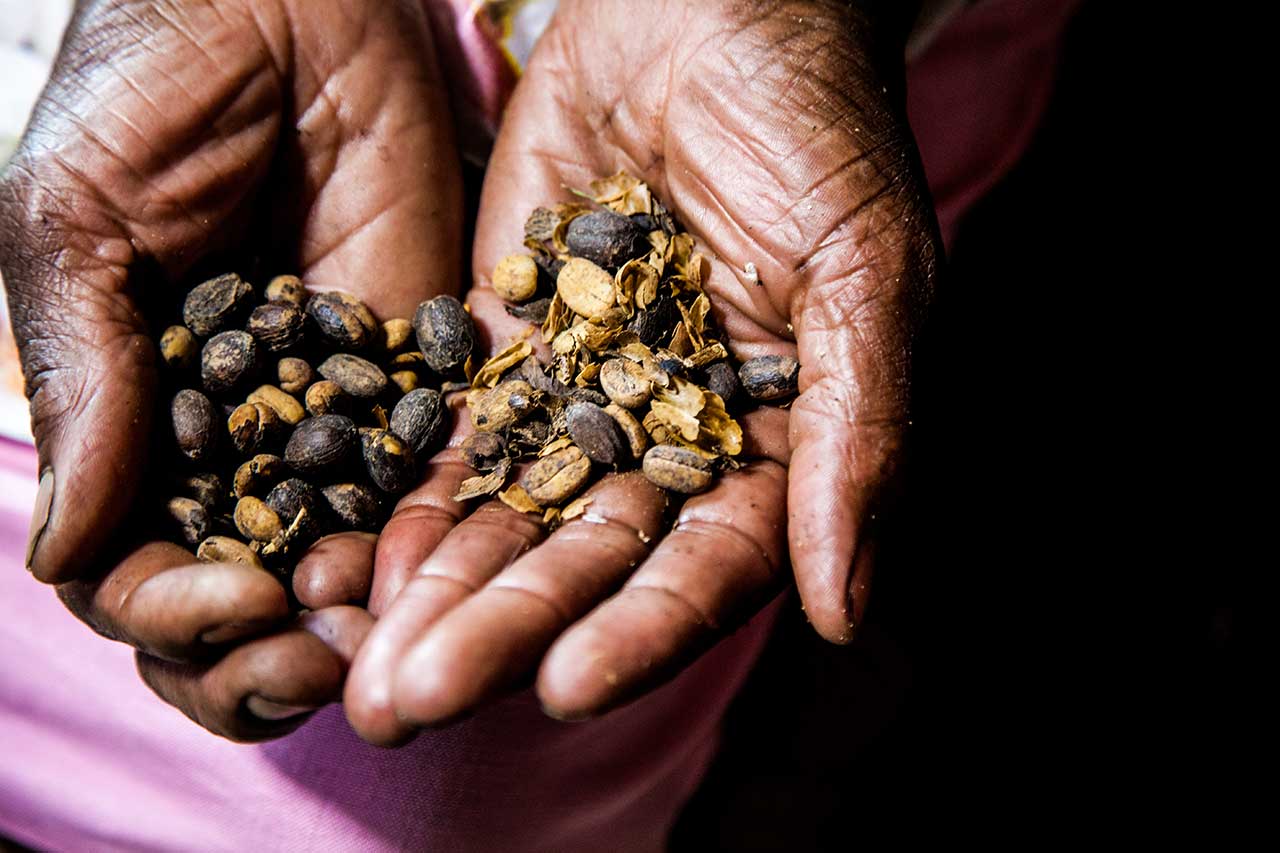 Mrs Terezinha and Mr Benedito are sought-after within Quilombo Alto da Serra do Mar. The couple and 220 residents currently living in the Quilombo, located in the District of Lidice in Rio Claro. Descendants of a family group whose name is Leite, coming from Bananal in São Paulo, the group lived from the collection of banana and palm heart, besides logging for charcoal production. However, in the late 1950s, with the depletion of these resources in the São Paulo area, migrated to Lidice, in the State of Rio de Janeiro.

With calm and serene voice, Mrs Tereza Mr Benedito teaches that the main spice in their lives is kindness, learning that occurred concurrently with practical cookery. In that regard, Mrs Tereza says that during the separation of her parents, and her siblings and her were left in the care of his father and older brother. As a result, she learned, at ten years of age, to cook through the aid of these significant male figures as narrates: "So, my brother [Sebastião] was responsible to take care of me and have that commitment of danger (caution ) with me, to not get me sick with the flu. Paying attention, was my older brother's responsibility.”

Moreover, the ease which Mrs Tereza talks becomes more fascinating when contrasted with the agility to cook. She has created several recipes, such as cakes, pastries, teas and pastries. So, in Alto da Serra do Mar, when somoeone thinks about tasty food, Mrs Tereza's and Mr Benedito's house is the right script. Isaias, son of the couple, confirms: "I really like country chicken [...]. Occasionally, she does it; then, nothing remains, everyone is eating. They like a lot!”

Therefore, besides the chicken with okra and manioc porridge , Mrs Tereza presents us with recipes such as the sweet papaya.