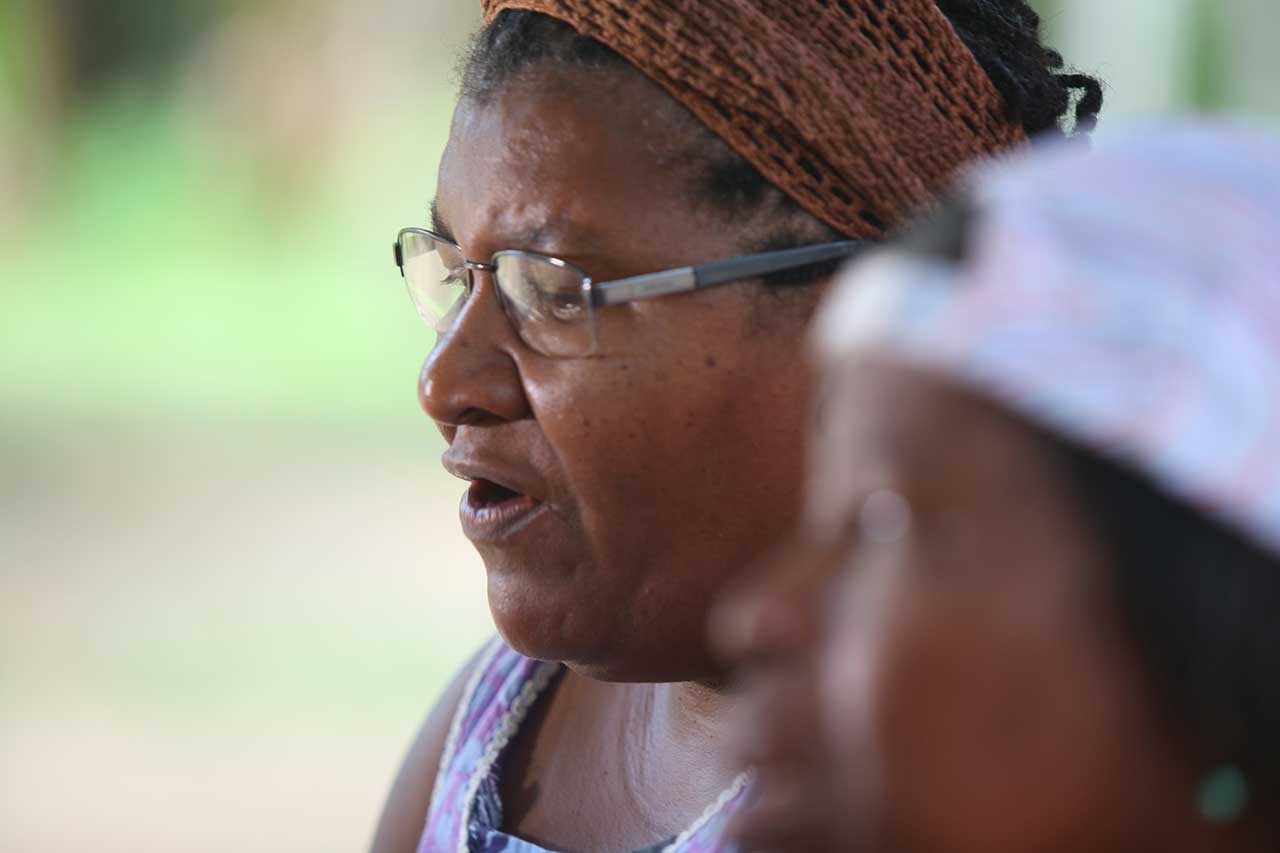 The cuisine is an art that needs to be done with joy! This foolproof tip of mother and daughter, Vanilda, 57, and Veronica, 37, expressed when constructing new meanings for food which in the past were eaten by the people of the community Imbé.

So in a time when reality was not always festive, bring up memories of some recipes, for example, wrincked skin; cookie flour, water and salt; Canton banana. On the first silver, Veronica highlights: "My son is so fond of wrincked skin that he hides under the mattress.”

However, in regard to the question reframing, bananas are the star. Taking the reins of the narrative in her hands, Veronica says: "The story I remember, that the people say [...] that when the mill went bankrupt and people became unemployed, the banana was the main dish. Cooked banana in the morning because there was a sweet candy. The banana was taken, cooked, put flour and sugar, that was the breakfast [...] at lunchtime, was the canton, and, at dinner, the canton again because it had nothing else.”

Sometimes, as Veronica says laughingly, get a banana demanded some shenanigans: "On top of this mountain there is a place that had a lot of bananas, but the access there is terrible, the road is bumpy it. For you to go there, only riding. My aunt was laid an Jacá, which is a large basket, and put one on one side and one on the other and was seeking banana, because the kids were all hungry. She and another aunt of mine. But they were not skinny, they were chubby. They went on the horse. The horse was not holding the two, spread its legs, tried to lay down, tired, sweaty. And the two on the horse because of the height. When they arrived, they filled the basket with bananas and the two fell on the horse. Hence, the horse could not stand any longer, spread its legs and had to lie down because it could not stand the weight. Worse than that is the fact that the horse was not from them and it was a race horse. And both on the top of horse, almost killing the horse. They were beating up the horse. It was when a guy came and said, Oh, I will nudge the horse to get up but if it do not get up now, it will not get up anymore! Then, he nudged the horse, who left the place and the two ran after. Almost killed the horse to pick up bananas to make the food. [Laughs] Guys, what a sad thing, huh? So, this was the story of my aunts. “