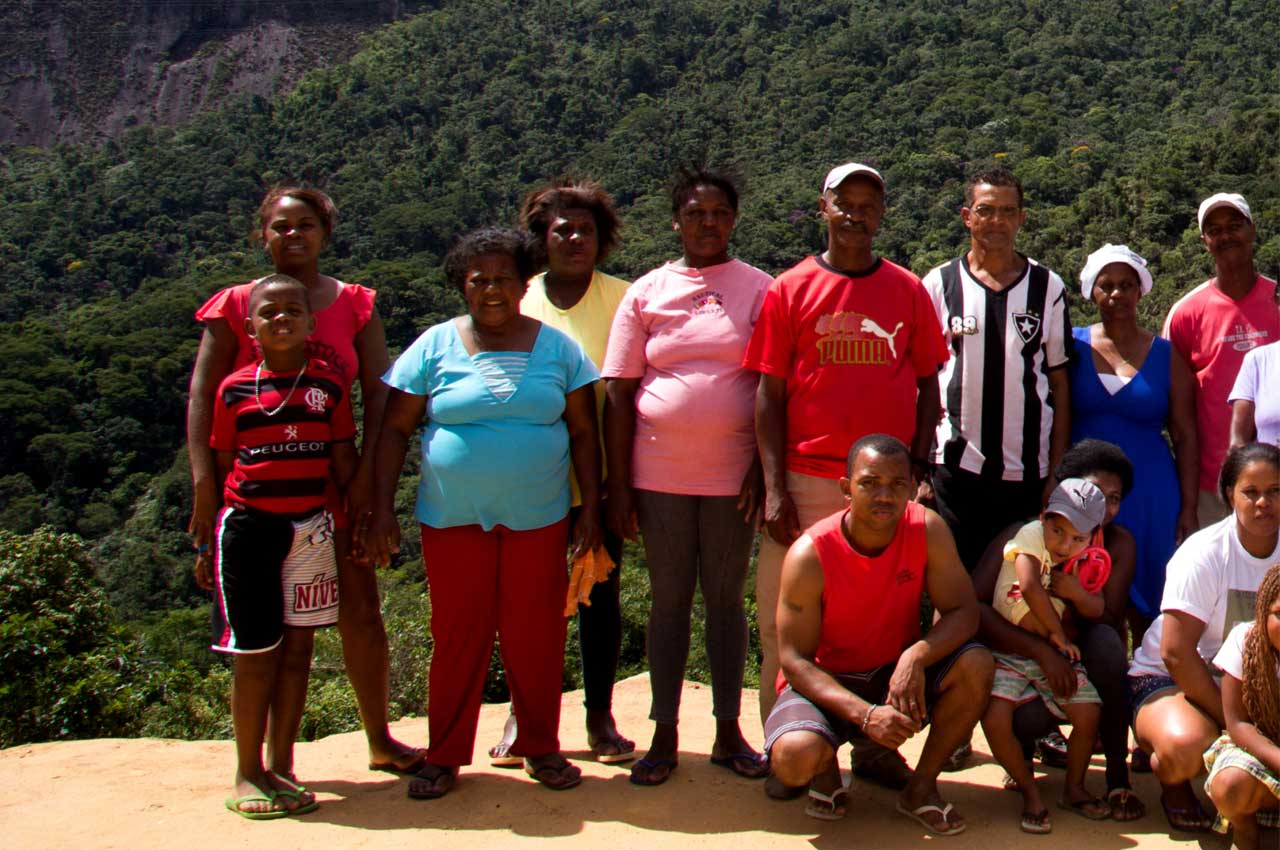 Two meanings are attached to the word "nobility": (i) people who, by birth, have titles that distinguish them from others; and (ii) moral elevation of individuals. In the city of Petrópolis, which sheltered the Portuguese royal family in the imperial past and where, today, live some of his descendants, noble individuals found in the ethical sense of the term, the most important rule of etiquette is solidarity. These people live in Quilombo Tapera, situated in the district of Itaipava, Petropolis in an area of major tourist movement due to the mild climate of the mountain.

In 2011, the same year that the community was recognized as a remnant of Quilombo, the group suffered with a climate tragedy that affected the highland region. In the land of Tapera, the small stream at the existing site, with the heavy volume of rain, turned into a great river. So when the flood came down the mountain, destroyed some houses and affected the structure of many others. Due to this event, the group, only recently, returned to the territory, after the construction of new houses by the city. Some residents mentioned that during the process of reconstruction, people organized task forces on Sundays for the construction of collective spaces, such as the chapel.

The trail from that rapport was demonstrated when Mrs Teresa and Mrs Sandra taught recipes, under the watchful eye of a host of friends and family: Adão, Denise, Elizabeth, Eva, Maria Aparecida, among others. In Quilombo Tapera, this practice of speaking of eating habits after the tragic events that took place, also represents a form of entrenched themselves.

Some of these characters are: Mrs Teresa, Adão's mother, who is married to Denise, Mario André's granddaughter (in memoriam), Mrs Sandra's father. In the center of the conversation, the table, remained the refried black beans with cabbage and cracklings. This recipe makes Denise, a young community leader, evokes the presence of the deceased grandfather: "He used to cook refried black beans there. He would put beans, egg, that were the only things that he used to eat: rice and refried black beans. And the breakfast was
fresh water. Then he struck the tambourine, in the arm, leg, head, struck a lot. He also worked... (pause) taking sand, he had a name ... "Adão completes". it was cambuqueiro, I broke stones, because her grandfather is my uncle, my father's uncle "Mrs Sandra, concludes:" The refried black beans, I learned from my father. "Moreover, they informed that Mr Mario liked to eat and plant kale, milkweed, potatoes and carrots.

After the difficult period after the floods, now is the time to work their spatial memory as another form of entrenched itself, which reminds them of the mill that existed in the community in the past. Mrs Sandra says: "Before, we could plant almost everything here, we planted beans. . Rice we did not havehere, cornmeal was made at the mill "Denise adds:" Here was a mill right upstairs. it had a mill, Dad did the cornmeal there, picking the mill and made the cornmeal. . Bean was here, the only thing we bought was salt "Tereza, the community prayer, speaks with wisdom:" Now, at the moment, we're starting over because we lost everything in the flood. So, we're buying chicken, we are planting slowly now [...].”