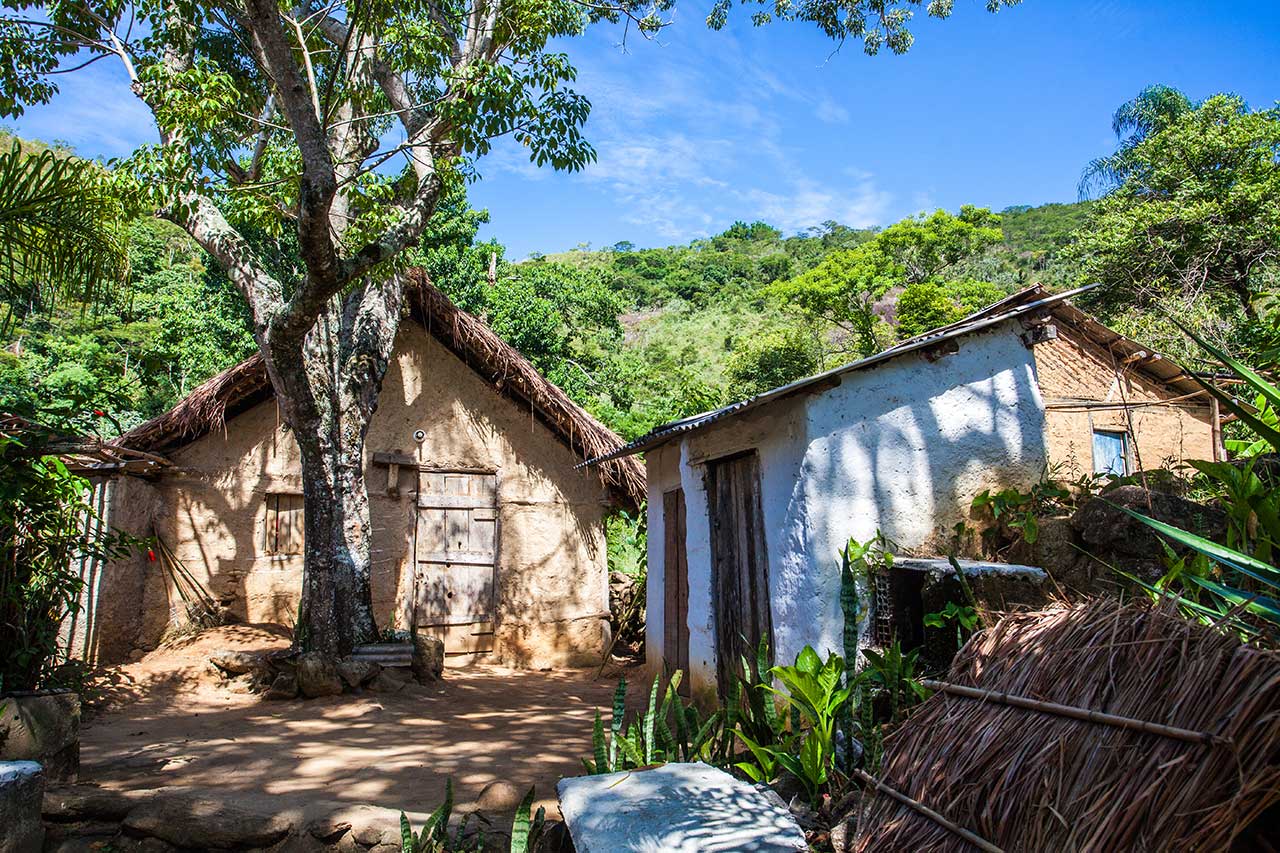 “Eat, pray and celebrate", is the motto of Quilombo São José da Serra! The community, located in the district of Santa Izabel do Rio Preto, in Valença, is a land of friendly people that makes cooking a central character in religious and everyday celebrations.

The residents of San José Serra are grandchildren, great grandchildren and two couples of slaves from São José da Serra farm: Tertuliano and Miquelina; Pedro and Militana. The region in the first half of the nineteenth century, was the main area of c offee production in Brazil. At that time, the slave population working on farms was mainly formed by Bantu-speaking people, who were brought from Africa, especially the ports of Congo, Angola and Mozambique.

Therefore, today, the cultural practices reworked by the residents of San Jose are related to intangible heritage they received from ancestors. Among them, besides the famous jongo of São José da Serra, highlights the unique relationship between food, celebration and religion.

In this community, where Mrs. Terezinha, better known as Aunt Tetê, the parties take place throughout the whole year. Thus, as one of the people responsible for the transmission of culinary knowledge, it keeps the kitchen door open for diners who arrive at her home. About that, she says with satisfaction: "Then everyone comes to eat here at home. The whole community, in Holy Week, New Year, Christmas ... So, everyone does what they have to do at home, but come here to be able to share together. Every year it is like this.”

In the kitchen of Aunt Tetê, the resonances of ancestry echo even in the kitchen utensils, for example, the kettle, the iron pot and pestle. When asked about the age of utensils, she repeats the phrase in a well-marked rhythm, "Oh! From the time of the captivity ... "With love, it refers to the kettle of nearly 200 years she had inherited from her great-grandmother. "This one is from when we grinded cane, we made coffee. [...] Mom used to say that [the kettle] was from my great grandmother's mother. So it's something that it is nearly 200 years.
"Disposing the kettle? No way! "It's still good.”

Thus, revenues of cornbread casserole, pumpkin with dried meat and peanut candy with cornmeal, prepared with skill, by Aunt Tetê and her daughter Maria Aparecida, are expressions of the past and present to celebrate that dialogue every moment of life.