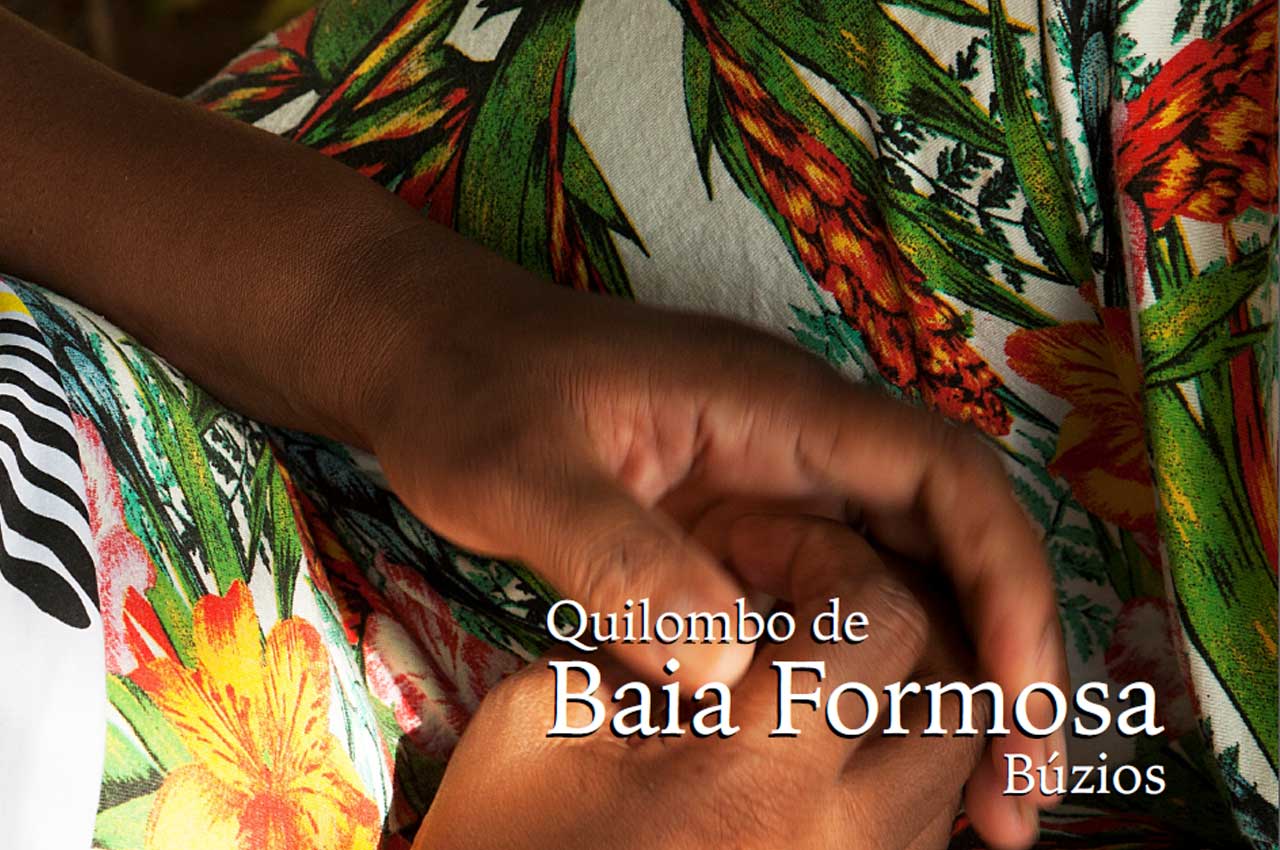 Lovely: quality that is harmonious. Cultural practices by people who know themselves as belonging to the Quilombo of Baia Formosa are entitled to the name. Currently, the group lives outside the original territory where their ancestors lived and has made visible through ring a ring o' Roses and caxambus, cultural heritage that they received from them. As the above verse, composed by Miriam Lima Fernandes, the cuisine is a legacy that stands out.

In 2011, the community received from Palmares Foundation the certificate of self-recognition as maroon. However, the 60 enrolled families still live outside the target area of the titration, considering that the Maroons are in a process of territorial claims in the face of the current owner of the farm. In this context, the cuisine was established as a central element for suturing the relationships between people and the land.

In the interview with Elizabeth Fernandes Teixeira, leadership Quilombo, we glimpse a variety of foods that make up the culinary repertoire. In Baia Formosa, the sounds of the kitchen and backyard are merged, which is represented by prototypical and exemplary coconut candy with papaya. When questioned about the culinary traditions, Beth, as it is also known, answered without hesitation: "We remember a lot the coconut candy that my grandmother did: coconut candy with papaya, which was delightful, right?”

Like the papaya, the ingredients used in ancient recipes were available in the territory through agriculture. Today, the practice is threatened due to loss of land by the group, as Beth says: "Today, we have a place here where we live; there is not much room to grow, and before it had space here. We were born here [Baia Formosa], [...] then we were driven by the farmer and we could not live. Or you die, right? Or you choose to survive. So we chose. My father chose to survive. My grandfather, ten brothers, right? My mother was the mother of ten children, and she chose to take us out. And everybody went, and today the land is empty here in Baia Formosa ... empty land, and we are claiming this land so we can have the right to return.”

Certainly, the difficulties of staying in the territory of the group and the historical transformations favored some changes, such as, replacement of hunting for another type of meat. Anyway, with the basil flavor and aroma remains unchanged striking in use. So with great enthusiasm, Beth reveals and reinforces: "And one of the things that we always have at least planted in our backyard is the basil [...] because when you place a beef, one chicken with yuca with enough basil , is everything! Someone passes on the street, call the attention is the differential [...] the seasoning of basil every garden must have.”