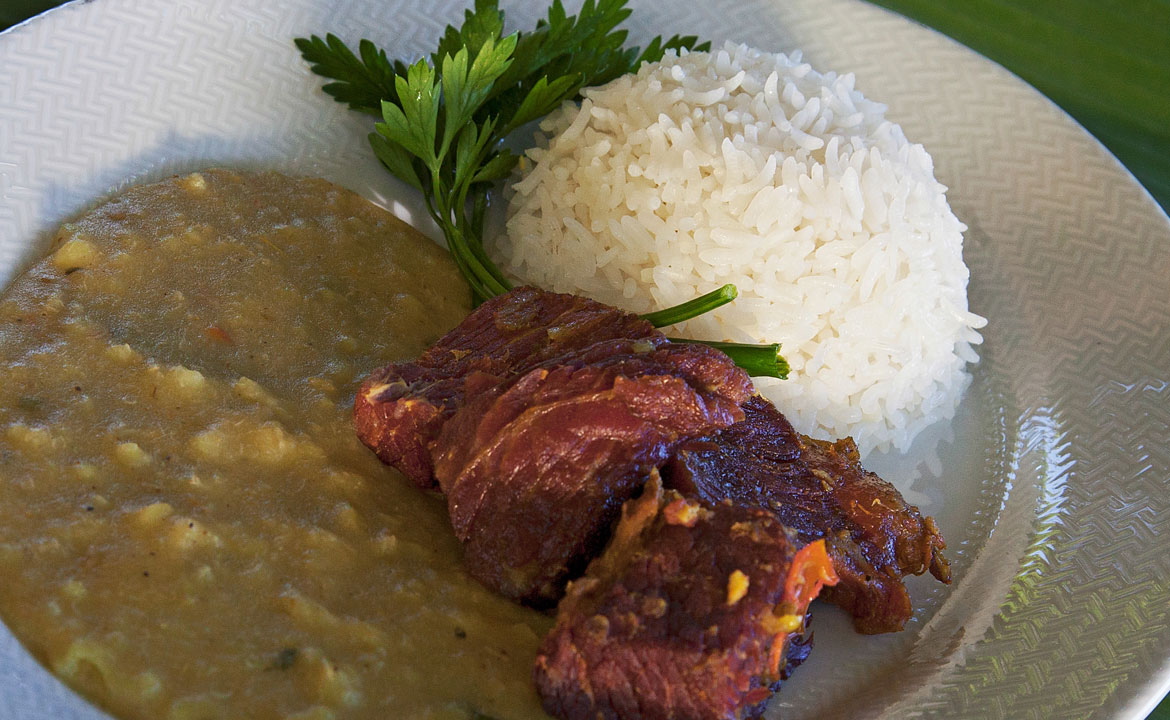 Desalt the jerked beef boiling it twice, changing water. Peel the banana with a knife, chop into small cubes and soak them in cold water. Beat the onion along with the garlic, stir fry in three tablespoons of oil, let it golden brown and put the jerked beef. Simmer until very soft. Put into another container. In the pan that the jerked beef was cook, cook the banana too, covering it with the broth for the meat until the banana come apart. Boil and let it get thick. Serve with meat and white rice.